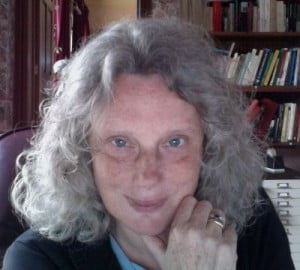 Emmy in her library

Emmy is a philosopher and existential psychotherapist who is also a counselling psychologist.  She directs her private practice Dilemma Consultancy in London and is also Principal of the New School of Psychotherapy and Counselling at the Existential Academy in London, both of which she founded with Prof. Digby Tantam in 1996. She is a Visiting Professor with Middlesex University, for whom she directs several doctoral and masters programmes.  She has published fifteen books on existential therapy and the challenges of the human condition.   Several of her texts are in their second or third editions.  Her pioneering work has been translated into well over a dozen languages and she has lectured worldwide in more than thirty five countries on all continents.

Emmy read her essay ‘Becoming an Existential Therapist’ on BBC Radio 3 on 15 November 2013.  You can listen to the podcast here: http://www.bbc.co.uk/programmes/b03hjw9f

Emmy is able to see individuals or couples for therapy or coaching in London on Tuesdays.  Her practice Dilemma Consultancy is currently based at: